Normally I won’t blog about food I didn’t like. But as Skyline Chili is the signature dish of Cincinnati, I feel it is my duty.We ordered a Chili Cheese Coney, a bowl of Chili Cheese Fries, and a Skyline 3-Way, which was spaghetti with chili and cheese on it. The dog (I would be scolded for calling it that) was bland, almost as bland as the chili. When we were served, we were shown three piles of cheese, and that’s about all I could taste. The fries were soggy, and the spaghetti slimey, and neither of them had any flavor either.

I won’t say it was bad, because that implies that there was something of substance to the meal. Go if you’re visiting, as a cultural thing it must be tried, but do not mistake it for any kind of delicacy or fine cuisine. 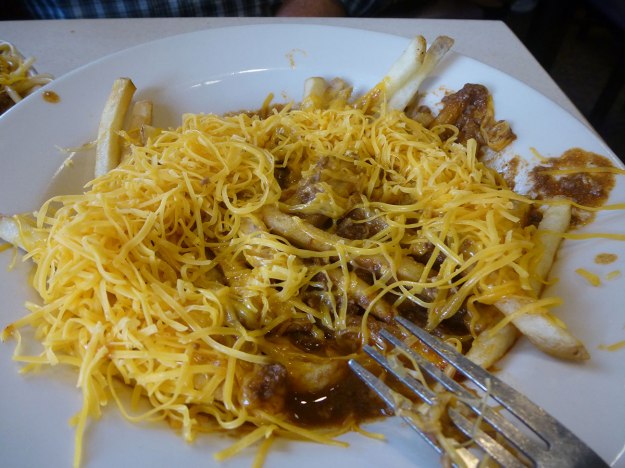 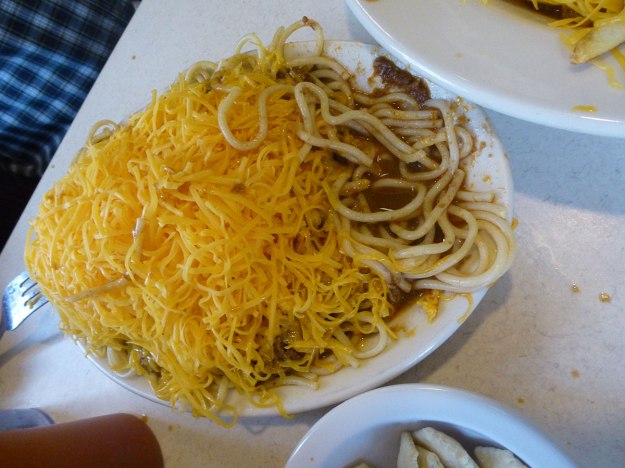