Columbus, Indiana is a modern architecture petting zoo of the first order.  J. Irwin Miller, who became head of his family’s company (which manufactured Cummins diesel engines) after WWII, somehow became enamored of modern architecture, and decided that he would pay the architect’s fees for any civic building in Columbus, if they would hire serious modern architects.  Since the 1950s, dozens of significant modern buildings have been built there.

One of the most important is Miller’s own house, designed by Eero Saarinen’s office (with Kevin Roche as project architect), interior design by Alexander Girard, and landscape design by Dan Kiley. The house is a pinwheel design, with pristine, rigorous planning and space.  It might seem rather severe and removed if it weren’t for Girard’s exuberant furnishings (most of which I can’t show here, as you’re not allowed to photograph inside.)

the driveway and carport 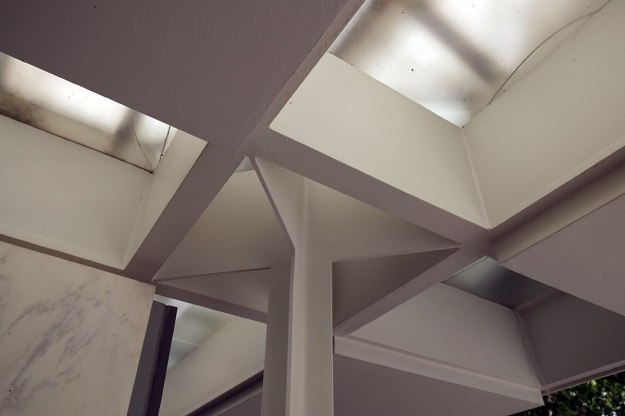 one of sixteen columns, supporting the steel roof structure 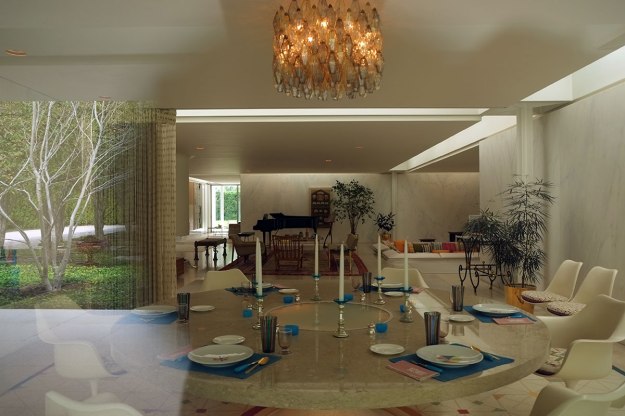 looking from outside into the dining and living rooms

The house is superb, but Dan Kiley’s landscape is perhaps even better – extending the grid and zones of the house to the outside, creating an order on the site that is very formal, yet quiet and inviting. 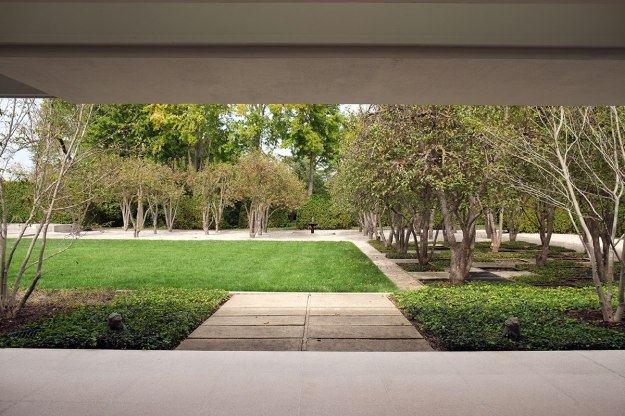 an allee at th rear of the house

The downtown is full of notable buildings, but it doesn’t feel forced;  none of the buildings is striving for dominance.  In contrast to today’s flashy starchitect-branded landmarks, these buidlings fit well together, forming a coherent whole with each other, and the more normal commercial buildings of the town.  We don’t tend to think of modernist architects as being overly concerned with fitting into the context, but it is very clear that was the intention here.  Perhaps this was yet another requirement of the enlightened client?

the city hall, by SOM 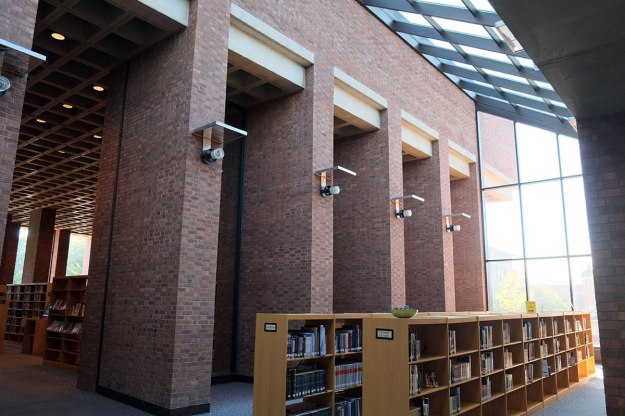 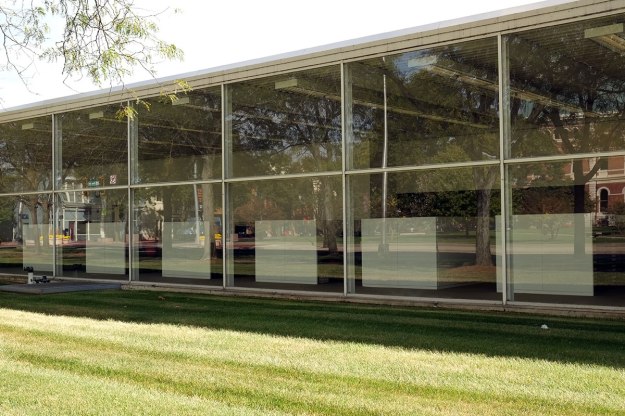 the former newspaper office, by SOM 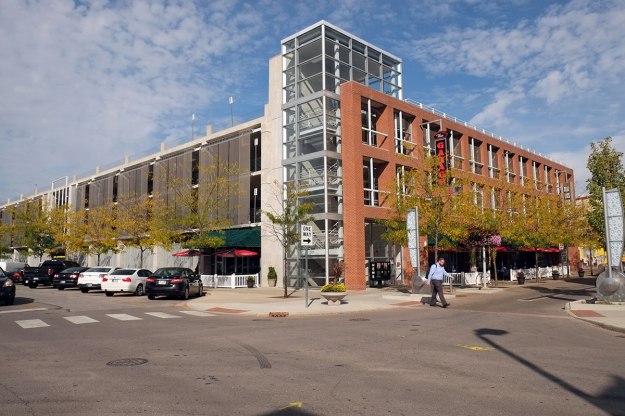 a parking garage by Koetter/Kim

The Saarinens were clearly the favorites, and after Eero’s early death, much work went to his successor firm, Roche Dinkeloo.

a church by Eero Saarinen, on the outskirts of town

the post office, by Roche Dinkeloo. Lou Kahn on a government budget

it may resemble the monolith in 2001, but it is really just a screen wall hiding the parking lot

a giant portico wraps the site of the Cummins headquarters, again Roche Dinkeloo 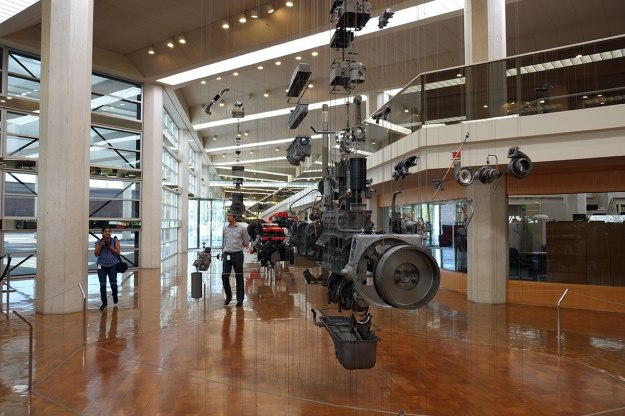 in the lobby of the headquarters, a huge open office landscape building, which takes off from Wright’s Johnson Wax building, with its skylights integrated with the structural grid

architects of a certain age will be able to identify this building. Did you know it came in color?

This is a really worthwhile place to visit – we barely scratched the surface in one day.  It is amazing to see what effect a great client can have on a whole city.