Incomprehensible or amusing signs appeared throughout the trip.  I had noticed this phenomenon on my first cross-country drive with Dan and Norman, back in 1978.  We were somewhere in the West, and came across a sign that said “Open range – loose stock.”  Being Easterners, we had no idea what this signified, and eventually figured out it meant “Watch out for cows!”  This pointed out a characteristic of many signs – they may make perfect sense to those who installed them or other locals, but visitors just don’t have the context to understand them.  So in recent decades, we’ve seen the movement towards graphic signs which can be understood universally:

We were on the Low Road to Taos when we started to spot these signs, nowhere near Roswell, NM or Area 51.  We then realized that the context here was not actual proximity to sites of alien abduction, but rather proximity to a population which is strongly inclined to believe in alien abduction.

Incomprehensible universal signs occurred in many other places, such as this one in Carlsbad NM, which we decided meant, No listening to iPods while Burning in Hell.

Or this anachronistic sign at the Ohr-O’Keefe Museum in Biloxi.  The label seems important here, otherwise we would have thought it meant, People in period dress or bouncing on yoga balls this way.

Or the greatest of them all, at SFMOMA in San Francisco, which started a wide ranging discussion on Facebook into its meaning.

There were some graphic signs which did their job, not really even needing the word. 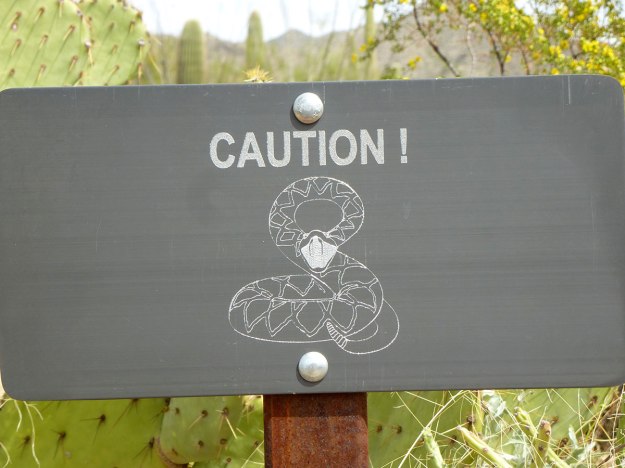 But in the Age of Bison Selfies, maybe it needs to be emphasized that caution is being advised, not that animal photo ops are available.

Then there were some unnecessary warning signs, prompted by liability concerns: 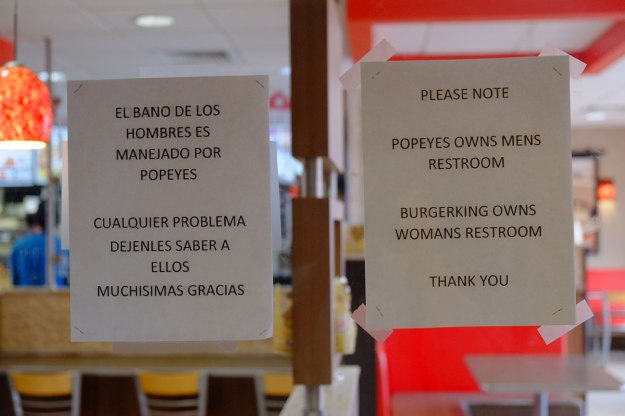 We especially liked the existential warning signs, ones that posited the existence of possible hazards, but hedged their bets.  There were a lot of these in the Southwest. 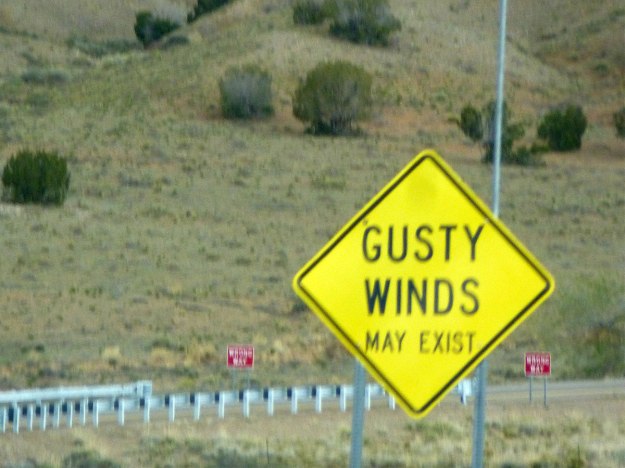 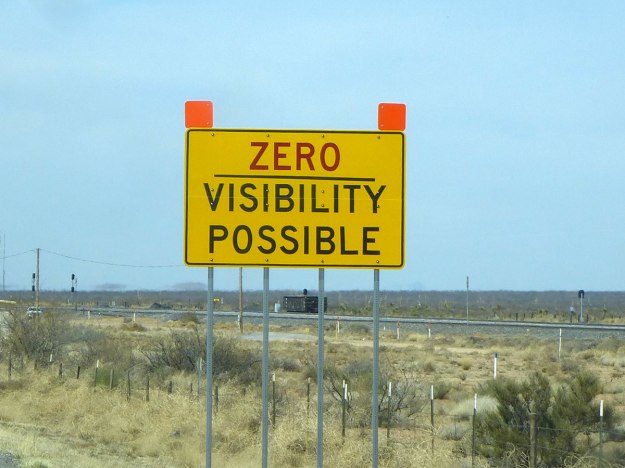 Possible; but if actual, you wouldn’t be able to see the sign then, would you?

There were the instructional signs which required a higher degree of precision than was likely to be found in the viewers. 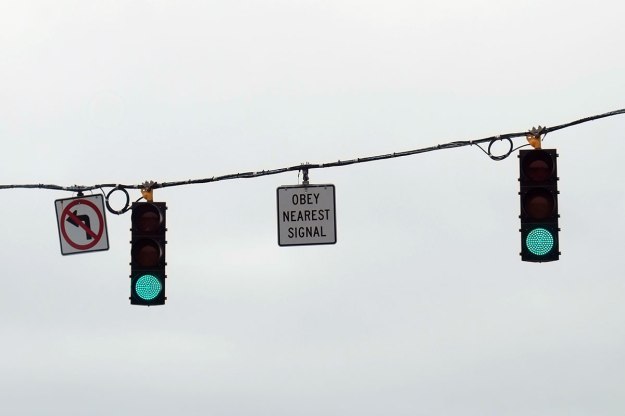 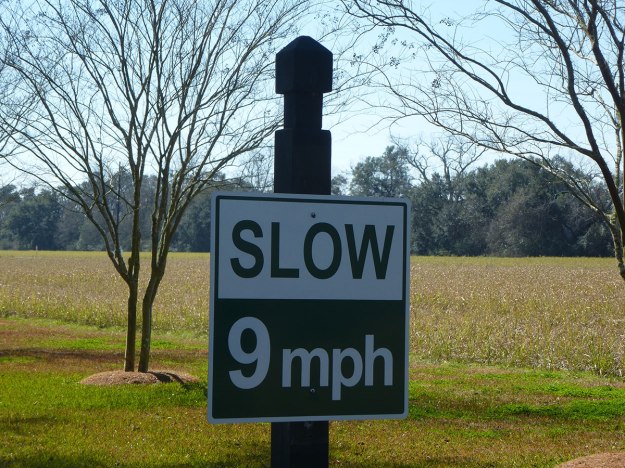 There were signs which seems to have a basic flaw in their logic:

Some signs that were just amusing:

and the unintentionally ironic:

I-10 in southern New Mexico 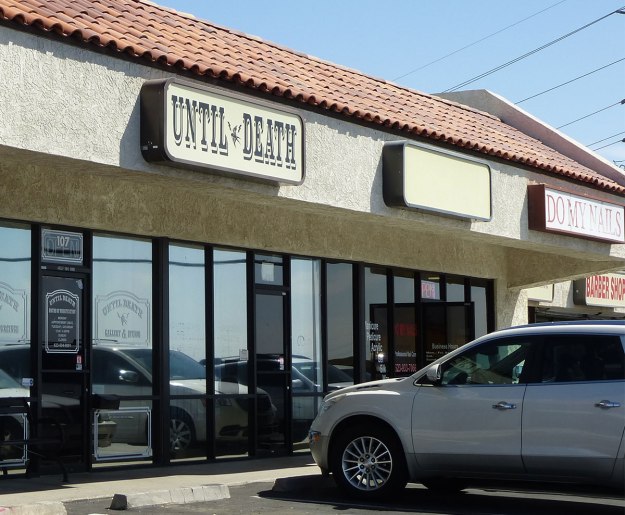 Sun City, Arizona. Usually not that long to wait in Sun City.

Henderson, Nevada.  We believe that the euphemism here is , Crossing 515.

Though not strictly a sign, I couldn’t resist inserting this one.  It appears that the DMV in New Mexico is not that sophisticated in filtering inappropriate vanity plates.  Greta wondered why I speeded up so she could grab this picture for me.  I told her it was an allusion to Pulp Fiction.

There are the signs where you can’t grasp what they mean:

The only response to this was clearly, Thanks Obama!

Or the ones where you want to know the back story:

on the wharf at Gulfport, Mississippi

But as always, our favorites are the ones where they think you know what they’re talking about.