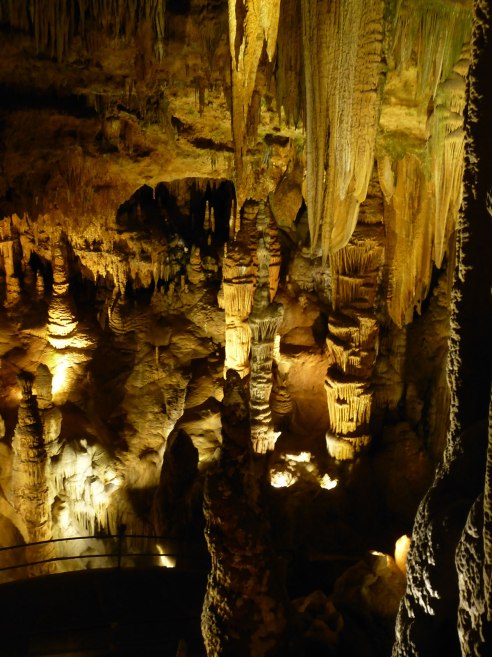 Throughout the tour of Luray Caverns, Dad and I could not stop making references to Moria. Although there was no mithril to be found, and it was considerably better lit, we did come across a hoard of goblins, aka a teenage school group. But in all seriousness, the caverns looked more like something out of a Doctor Seuss book than something written by Tolkien. Huge calcite spires between shades of red and white towered above us, and reached up from crevices below. The tallest was over forty feet, which is impressive considering that they only grow an inch every century.

There was a particular white spire named Pluto’s ghost. I wish we had gone earlier, so I could have gotten a picture of it before New Horizons. The tour guide explained that it got its name because the people who discovered the caverns kept seeing it, getting closer, and thought it was a ghost, but I think it should be a memorial to Pluto not being classified as a planet anymore. 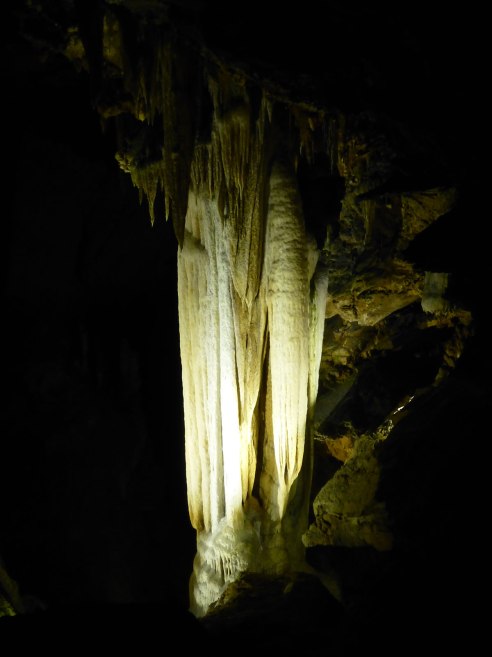 What was eerily like Moria was the pool. It was perfectly still, and so reflected a perfect mirror of the stalactites above. It looked like jaws, and I kept expecting to hear “gollum, gollum,” coming from its far side. 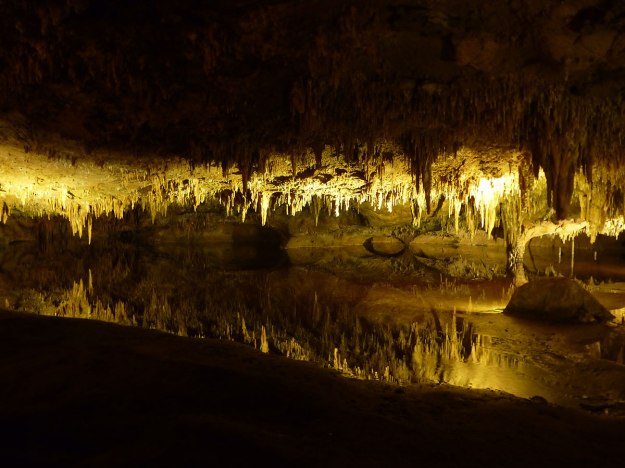 Near the end of the tour, we were taken to the world’s largest natural instrument, the Great Stalacpipe Organ. Someone had created a organ out of the stalactites, hooking them up to mallets that would hit the right one at the right time to play a song. The idea was cooler than the music it played, which was too high-pitched and complicated, and not actually that good. It would have been better if they had just made it play Blitzkrieg Bop, and they would only have had to find three stalactites. 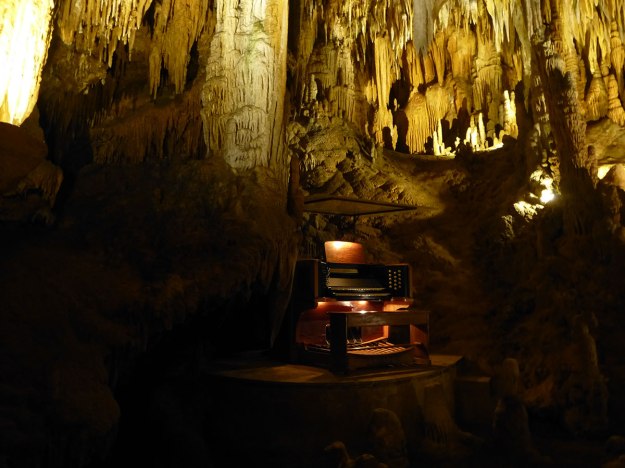 All in all, a completely different experience than the lava tubes of Craters of the Moon. Perhaps cooler looking and bigger, but there was no clambering involved, and you weren’t allowed to touch anything. There is plenty to see, but not much to do beyond taking the tour and taking pictures. 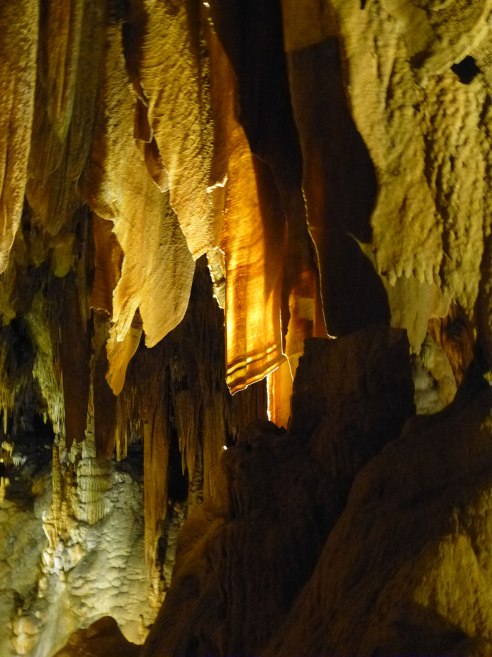