Barbecue Exchange
Gordonsville, Virginia
Great note to start the barbecue blog on. The whole place was filled and surrounded with happy pigs, including Miss Piggy, and a light-up Christmas tinsel pig. It was run by the former head-chef at some fancy country club.
Everything was amazing, but I especially loved the ribs. Crispy and flavorful on the outside, and beneath that so juicy that the meat was literally falling off the bone. The meal came with an array of sauces, from vinegar, to soooiet, to Hog Fire. I had my first piece of pork belly, which I learned is basically giant bacon.
High on my top ten best barbeque list, utterly fantastic in every way. 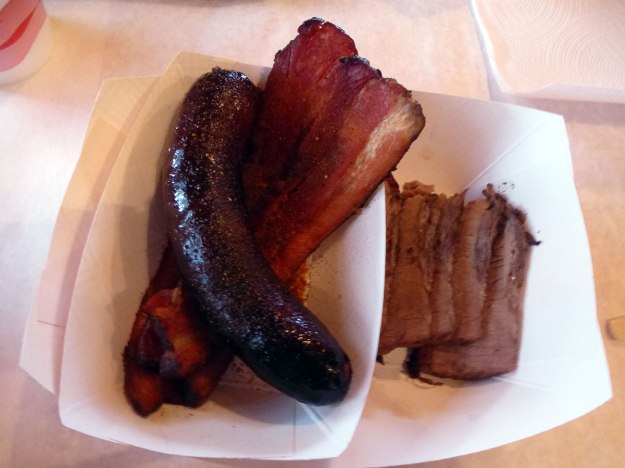 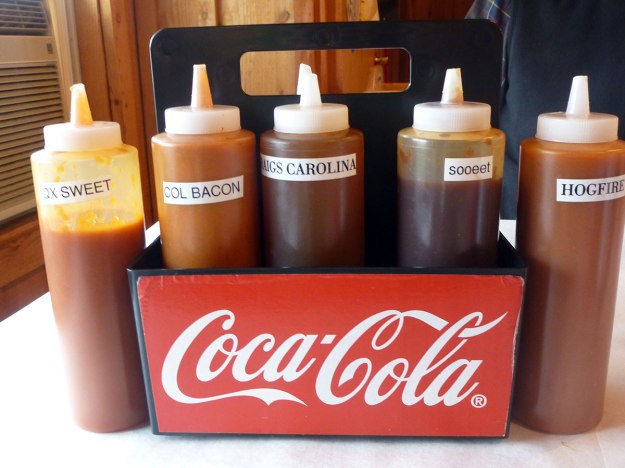 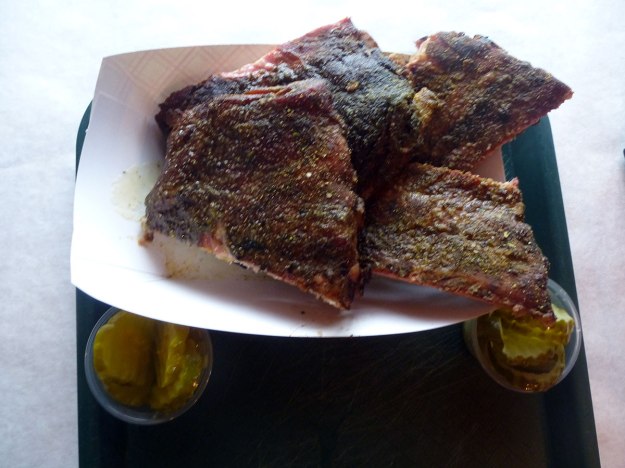 Clyde Cooper’s Barbecue
Raleigh, NC
Opened in 1938, and just having moved to a new building downtown, Cooper’s is a classic in Carolina Tidewater barbecue. Tidewater consists of meat with a vinegar sauce, for all you uneducated carnivores out there. Honestly, it isn’t one of my favorite types, too bitter. But the meat was all well cooked, with the ribs especially being crispy on the outside, but with their insides left tender and succulent.
I encountered pork skins for the first time, and at first, had no idea what they were or what to think of them. They were nicely crispy, and I was a little surprised to learn they were skins, which I was expecting to be more leathery. 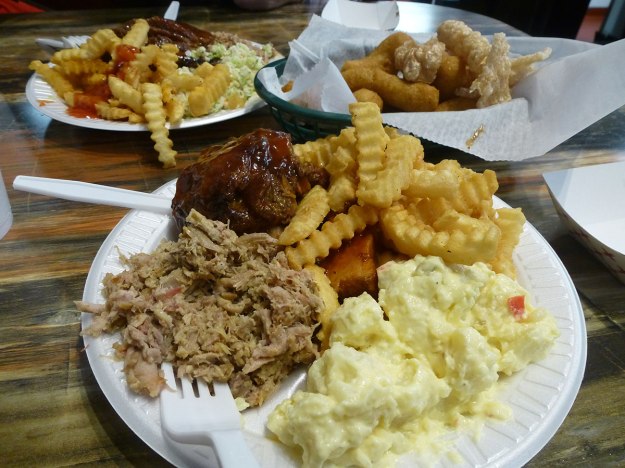 Melvin’s Barbecue
Outside of Charleston, SC
For this place, I honetly have more to say about the restruant than the food. The pulled pork sandwich was good, but nothing to write home about. The order of onion rings we got consisted of one giant, fluffy ring of dough with a bit of a vegetable in it, but that wasn’t as odd as the place itself. Melvin’s was more of an upscale dining establishment than most BBQ, with carefully chosen decor and no happy pigs. The kind of place suburbanites would be comfortable going to. It was also a Christian establishment, with the ten commandments printed on the styrofoam water cups. Seriously. It was weird. 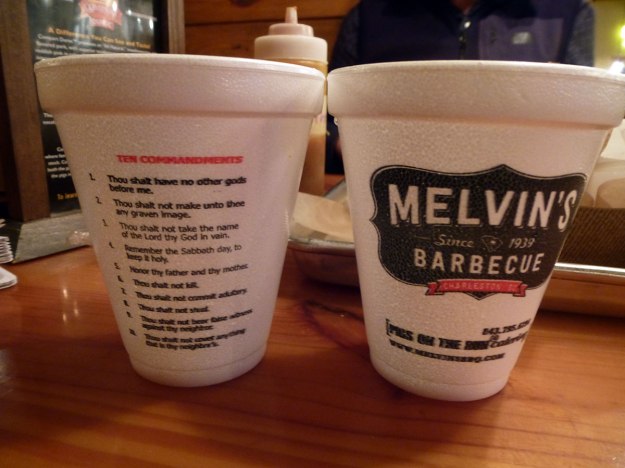 Remember to stay tuned for the next thrilling instalment of The Barbeque Blog!