On the second day of this trip, we ran into some spectacular grain elevators in Idaho, a state not renowned for its architecture – sometimes great vernacular buildings just pop up in unexpected places.  It happened again today, in Hanksville, Utah.  Take a close look at this gas station / convenience store.  (You can click on it to blow up the picture.)

It is the clearest, most iconic illustration I’ve ever seen of the difference between an architecture of mass, and one of frame.  The giant gas station canopy is of steel, while the convenience store is actually located in a cave under that hill.  It is of such primal, elemental clarity that I literally couldn’t believe it at first.  It looks like it could be a thesis project at half the architecture schools in this country (except that it has right angles).

Unfortunately, the owners seem to not have recognized the inherent qualities of this theoretical gem, and the interior does not make the most of its situation: 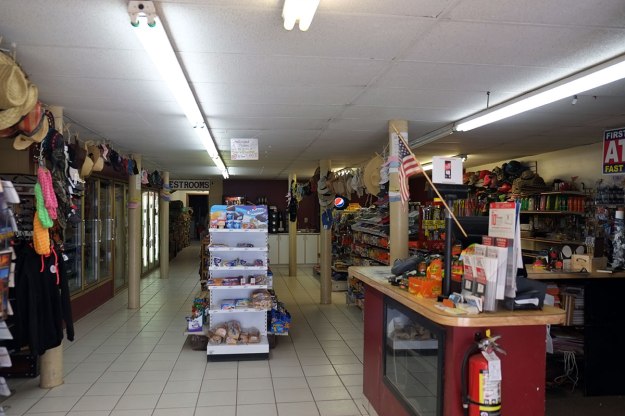 I asked if I really was looking at a drop-in suspended ceiling in a cave, and the proprietor said yes.  At least I can say that I’ve seen that, which is weird enough in itself.  Apparently this building is pretty well known – they’ve shot photos for a Mercedes catalogue here, as well as scenes for low-grade horror movies in the back room.  She also said that there’s a Japanese theme hotel that has a photomural of this on the wall of a room.

The other notable building we passed was near the town of Antimony.  Located on a rushing creek.  It looks something like a grain elevator, but I can’t say that I understand it.  Insights would be appreciated. 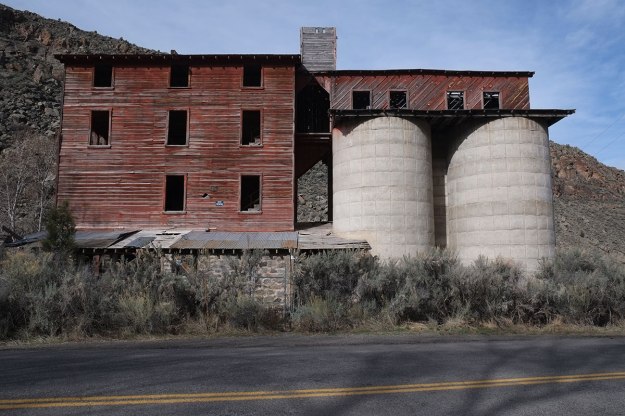 11 thoughts on “Architecture in Utah”