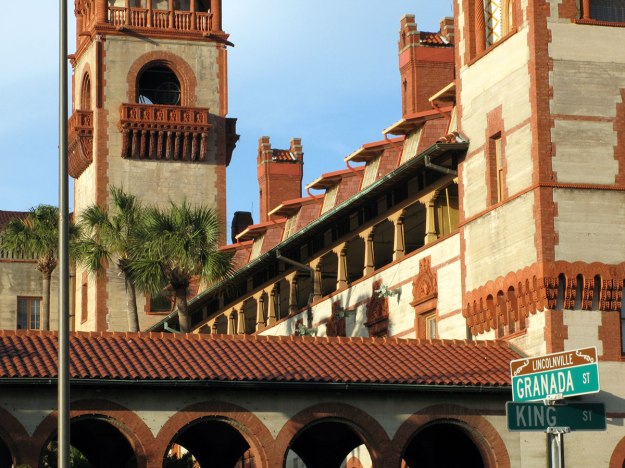 St. Augustine is the place in the southeast where we first became aware of the incredibly complex history of this region – French, Spanish, English, American – every historic place keeps track of its shifting sovereignty throughout history, and posts signs informing you of the “Seven Flags” or whatever.  But as the oldest continuously inhabited European settlement in the US,  St. Augustine is right up there with New Orleans in being a place where this history is quite visible in the built environment, and not just when you read a sign or a textbook.

We first visited St. Augustine four years ago, and were surprised by its variety and beauty.  There is the Spanish period, which can be seen in the Castillo de San Marcos, a 17th-century fort – not a reconstruction.

There are Spanish-style buildings in the historic quarter. Along Prince George’s St., they are full of shops and tourists, so while one has to stroll through, the crowds can drive you crazy. 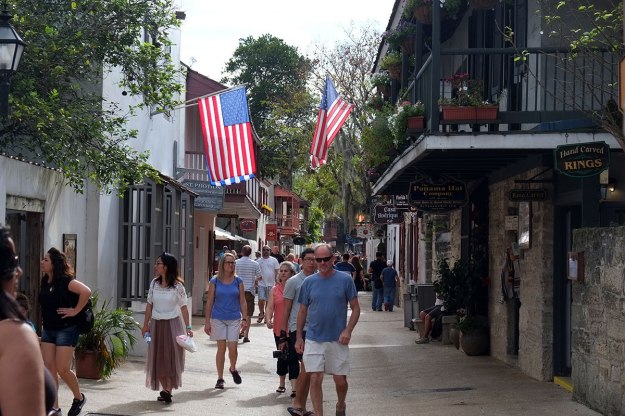 But once you pass south of the Plaza de la Constitucion (the oldest public park in the US),

you enter a historic district pretty free of tourists (as there are not many shops) , which isn’t ordered like any other place in this country – narrow streets, gates in walls, hidden courtyards. 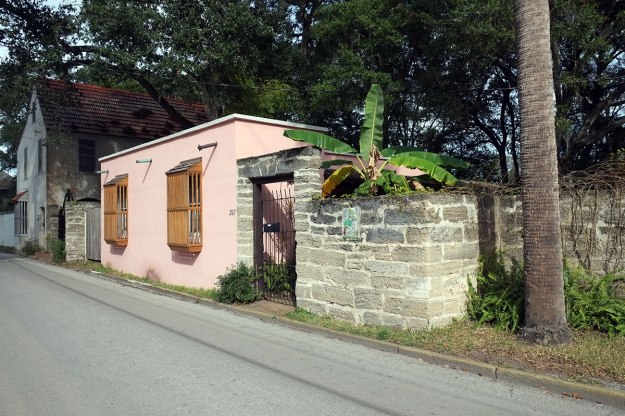 The 19th century part of the city has beautiful, eclectic residential neighborhoods, similar to those we’ve seen in other southern cities. 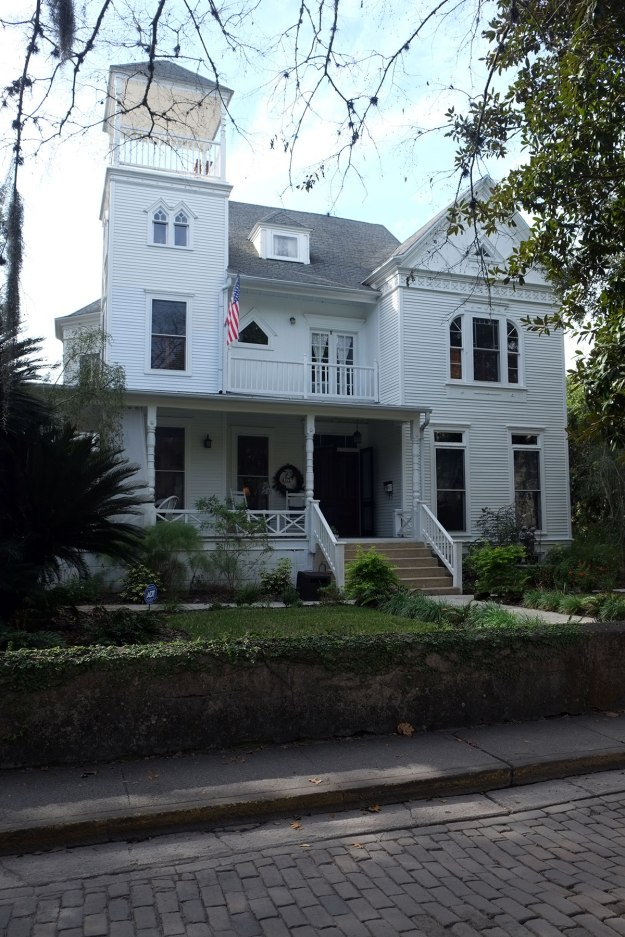 A unique neighborhood we explored on this trip is Lincolnville – begun after the Civil War, it is the historically African-American neighborhood originally inhabited by former slaves. 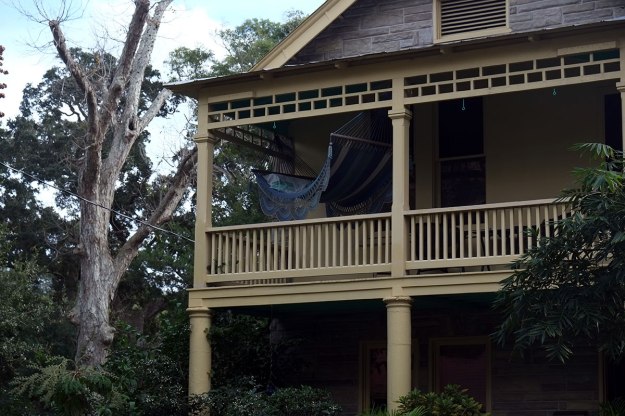 There are buildings in various states of repair – some showing clear major remodels to add more space, some deteriorating, 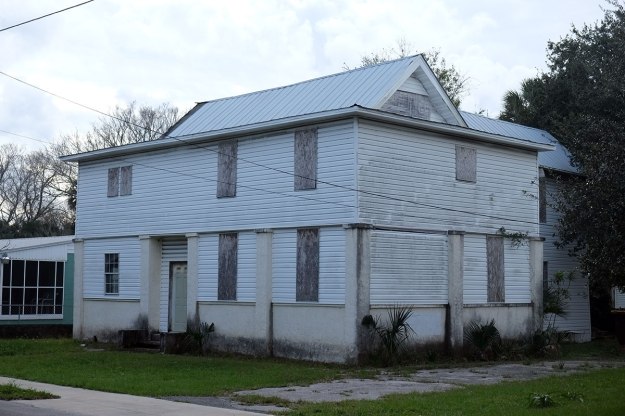 and signs of creeping (sometimes rampant) gentrification on some blocks. 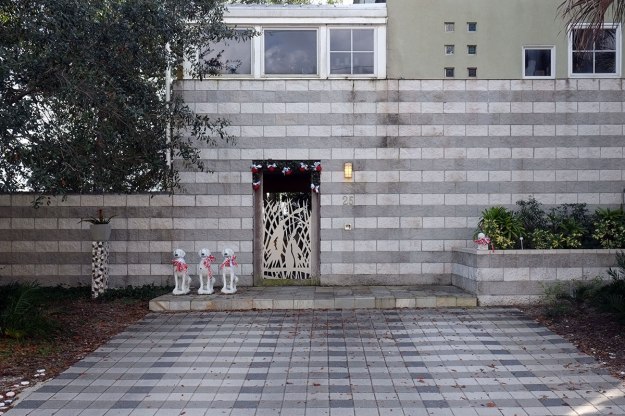 As the boom of Florida tourism hit the Atlantic coast in the 1880s, Henry Flagler developed much of downtown St. Augustine.  He hired Carrere and Hastings, who designed two exuberant hotels, one of which is now Flagler College, and the other is the city museum.

They are spectacular and wild, as is their Presbyterian church and rectory:

For some reason, we saw a lot of quirky yards and installations in the city, which made us feel at home.

It’s a small city, with a great variety of places, periods, cultures and architecture.  It attracts a lot of daytrippers and tourists, but they are cleverly contained in one area, and don’t overrun the whole city – it is a place where residents can enjoy life without being on display all the time.  It seems to be the one place in Florida where the past hasn’t been dwarfed by the present.