The evolution of the city’s form over the past 150 years was an issue that kept coming up for me.  I think it matters in two ways.  First, at the street level, there is marked contrast between those areas in the Loop that were developed in the 19th and early 20th centuries, with the block structure being set, and new buildings mixing in with old.  They are superb, with the urban-canyon density that says Big City to us.

Then there are the areas where the streets/blocks/buildings were developed in the postwar era, such as the area east of Michigan and north of Grant Park, which is all postwar buildings, some good (the Aqua) but mostly banal.  It is truly desolate – pointlessly large windy plazas, a lack of scale (massive buildings everywhere), constant shadow, needlessly wide streets, no street life. This seems to be the pattern that is being repeated in other areas now, such as directly north of the river.

the 20th century meets the 21st

The weird multi-street-levels of downtown Chicago produces some strange places, like this.

If, as Bob Stern says, “Architecture is a conversation across time”, these buildings are clearly saying “up yours.”

The Aqua does a great job of punctuating all the rectilinearity, from many perspectives.

The second way in which this evolution plays out is at the level of building form, tectonics, detail, composition, etc.  Here again, the areas where there is a monoculture of post-war buildings are terrible – everything is the same, large expanses of curtain wall, no detail, every building obviously maxing out the zoning envelope.  The area on the river between Michigan Avenue and the Lake is the most glaring example of this – huge boring buildings, punctuated by the aggressive and simplistic Trump Hotel/tower thumb-in-the-eye.

In contrast, those areas where there is a blend of scales, styles, eras, sizes, etc., are amongst the most beautiful city districts in the country.  One is always coming across places where the juxtaposition of the characteristics can be seen, a type of vertical collage that is unique to Chicago. 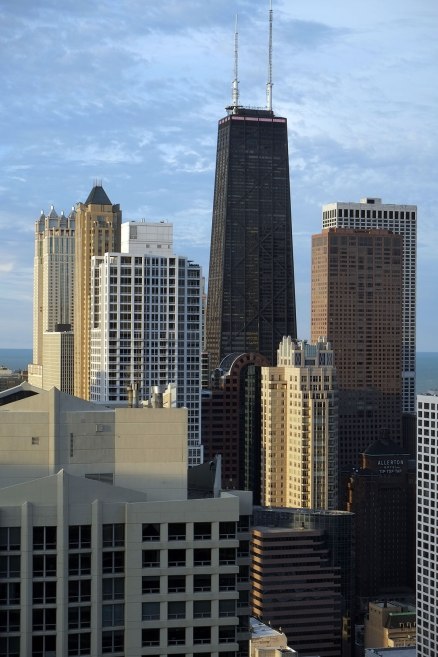 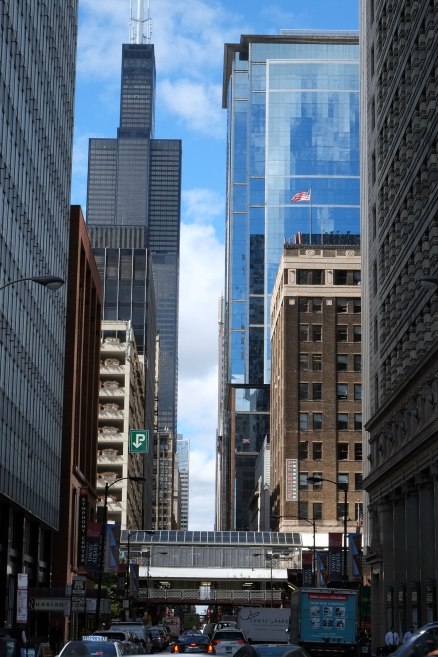 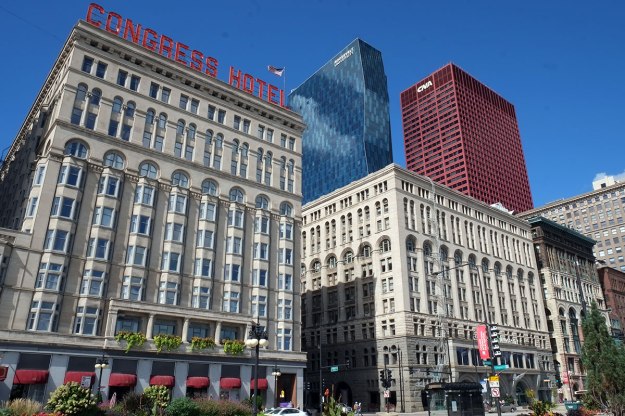 Even the Trump horror can be tamed by a varied context such as this: 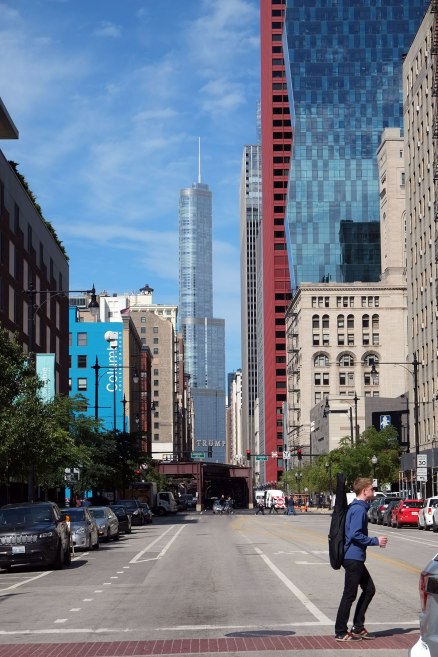 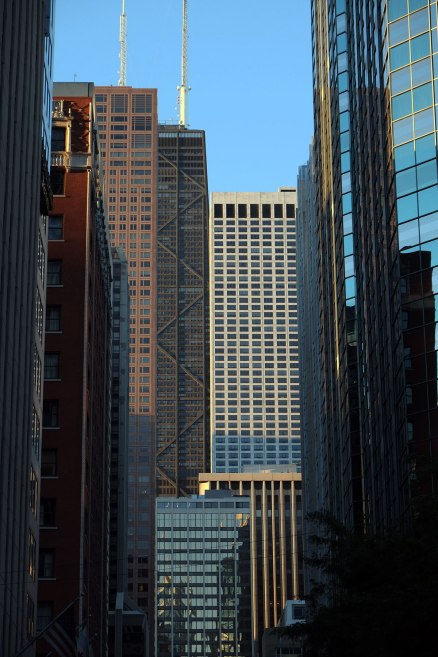 The variety and contrast is endlessly entertaining.  Perhaps we should write zoning ordinances that don’t focus upon the rules for one proposed building, but that somehow can acknowledge the overall gestalt of a neighborhood, and only allow buildings that will contribute to the greater whole.