The towns on both the South and North Shores of Boston are some of the oldest settlements in the country, mostly founded in the 17th century. The centers of these towns preserve that original character and spatial arrangement, at the core of what have since become suburbs.  The juxtapositions between old houses and modern strip development can be jarring, especially to someone from the West Coast, where everything has been built in a shorter time frame.

When I lived in the Boston area I never got to explore the environs as much as I wanted, as I didn’t have a car,  So staying with friends both in Scituate on the South Shore and Boxford near Ipswich on the North Shore was a great opportunity to see these places.  What made it even better was that my friends are long-time residents of these areas, and showed me around to places and buildings I would never have known about.  (Greta missed most of this as she was back in Eugene visiting Linda.) 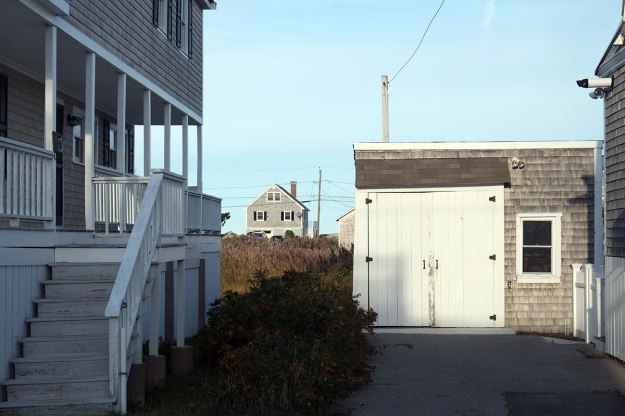 The South Shore has an intricately varied shoreline, with many small coves and larger harbors.  The historic town cores are on the harbors, with later houses filling along the shore between them, and 20th century development spreading to the interior.  Scituate has four “cliffs” that stick out into the bay (we have the northwesterner’s amusement for how topographical terms are used here) which have highly clustered houses on small lots by the water. 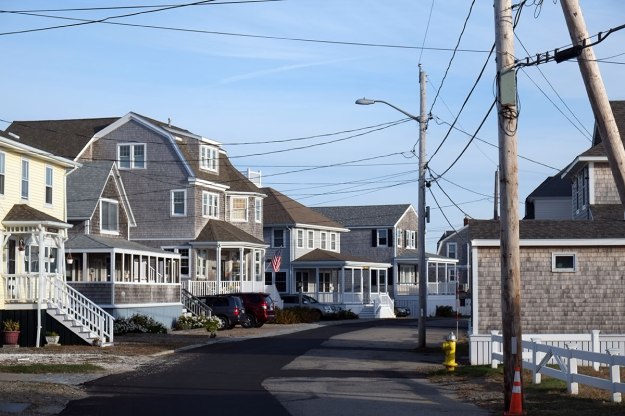 Places that are this old accumulate interesting artifacts, such as this former water tower that was made to look like a Rhenish tower, as the rich person living nearby didn’t like looking at the ugly water tower. 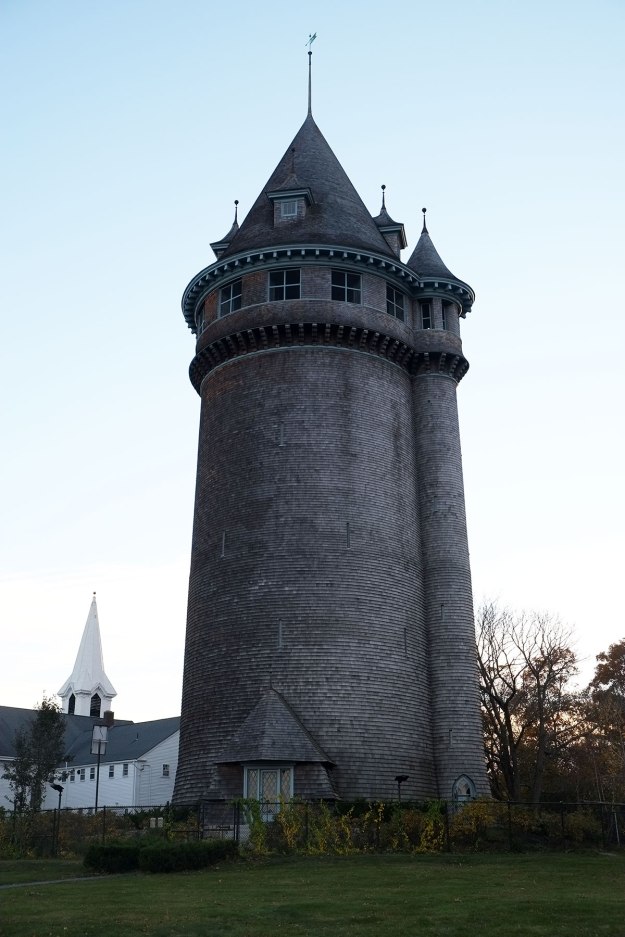 The Trustees of Reservations is an organization that owns more than 100 significant properties in Massachusetts, from the famous to the obscure.  We visited World’s End, which Olmsted designed as a residential development on a neck in Hingham, but it was never built out. It is now an open space reserve owned by the Trustees. 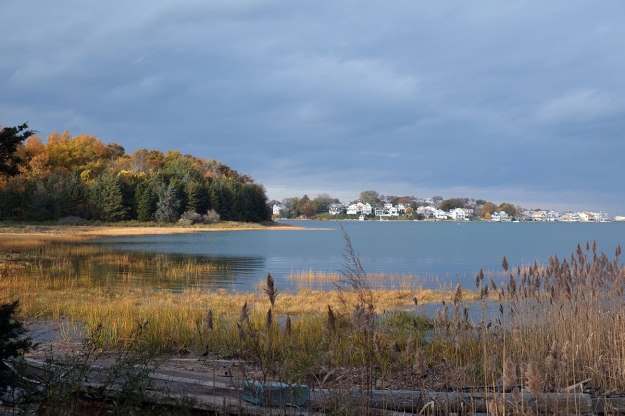 World’s End, with Boston in the distance.

We visited Ipswich (where Updike live and worked) and Topsfield on the North Shore, finally seeing the famous Parson Capen house from 1683, which is from that period when settlers built what were essentially English houses, having not yet adapted them to the New England conditions. 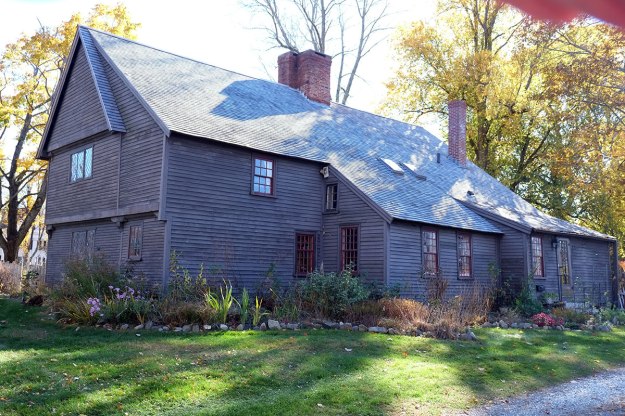 A Classical Revival church spotted on a trip north to Exeter, so technically not on the North Shore, but too good to not post. 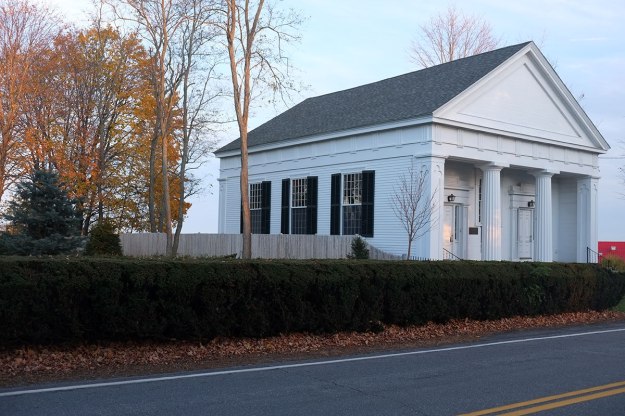 Newburyport, at the mouth of the Merrimack River, with well-preserved downtown and residential areas. 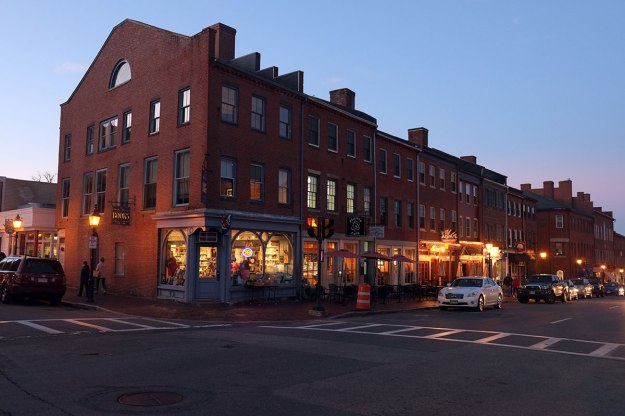 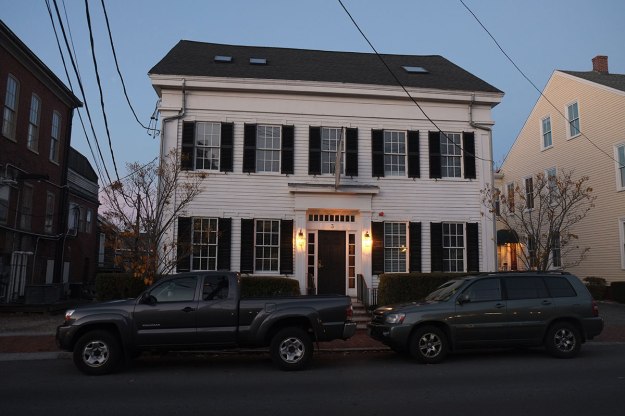 Driving around on the winding roads, past the estates of the North Shore, we headed towards Crane’s Beach, a beautiful landscape of drumlins (there’s a word I want to find more opportunities to use) and marshes. 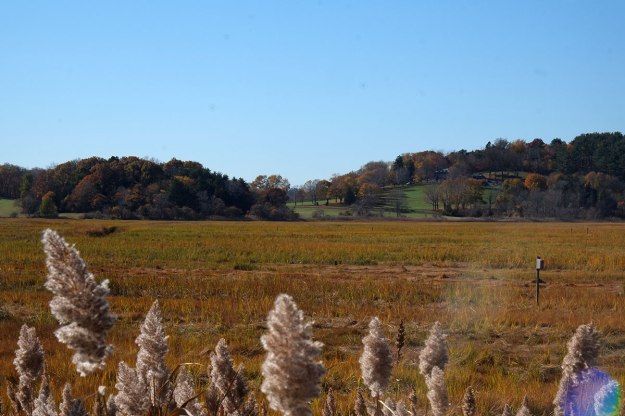 The Crane Estate, by Shepley Rutan Coolidge etc., sitting on top of Castle Hill, is the leading example of how much money there was to be made in plumbing fixtures. 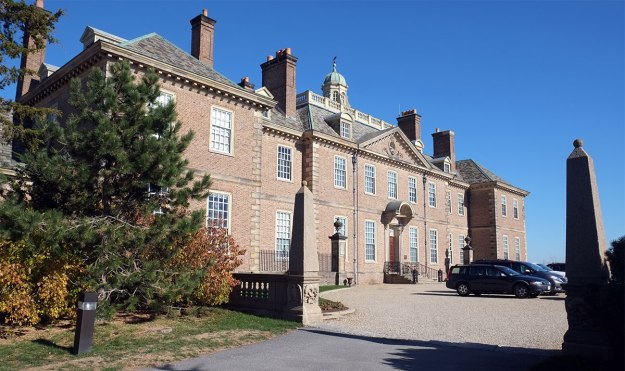 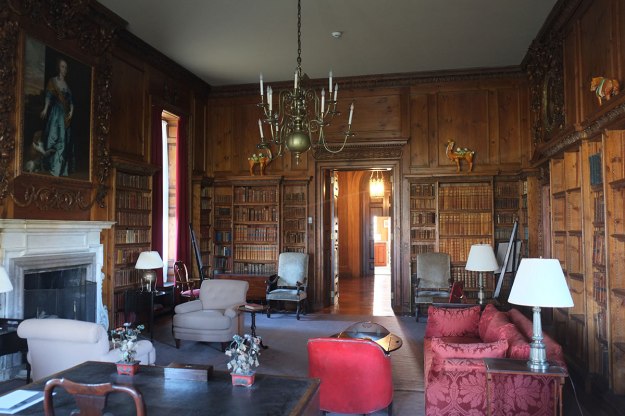 The spectacular landscape was designed by the Olmsted brothers. 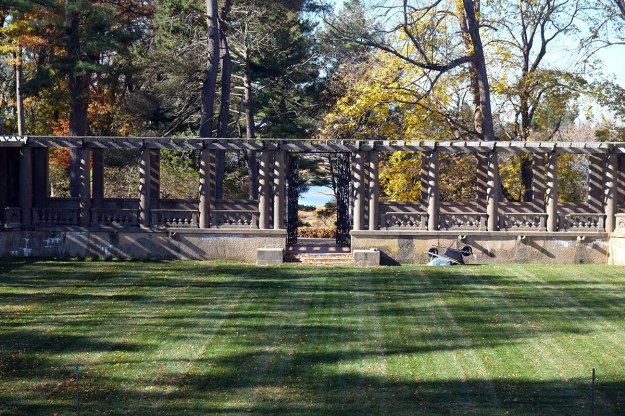 Notice the framed view on the axis. 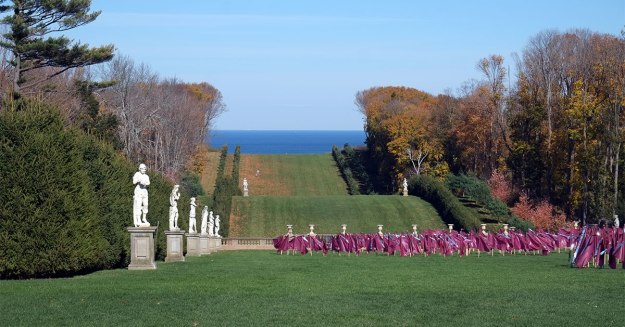 the allee running north from the house. I don’t know what the flags signify, but I wish they weren’t there. Louis XIV had a nice allee too, but his just ended in a canal, not the Atlantic Ocean.

A few days of exploring these shores just wasn’t enough – I could have happily spent a day in each town.  What struck me the most was just how many beautiful old towns there are, so close to Boston.  The summer resort venues of the Cape and the Islands tend to be better known, but these small towns in the Boston area are just as wonderful.