We spent some time tooling around in downtown Cincinnati, but really went to see two specific things:  the train station – which has been converted into a collection of museums: 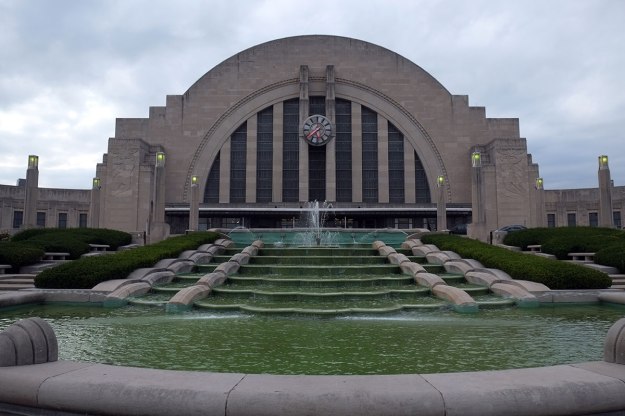 and has an incredible lobby: 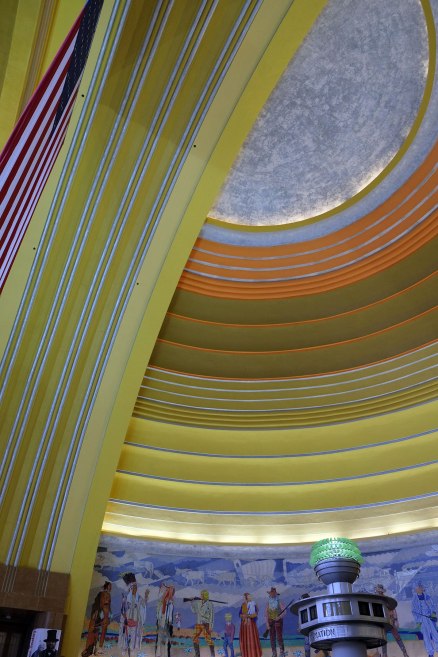 And the John Roebling bridge, from the 1860s.  It’s very interesting to see the progression of bridges in the mid-19th century which led to the Brooklyn Bridge.  Plus while it’s hard to get Greta to look at architecture, she’s very happy to visit bridges. 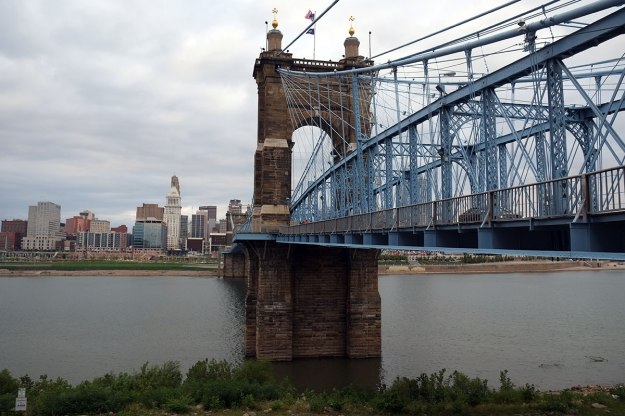 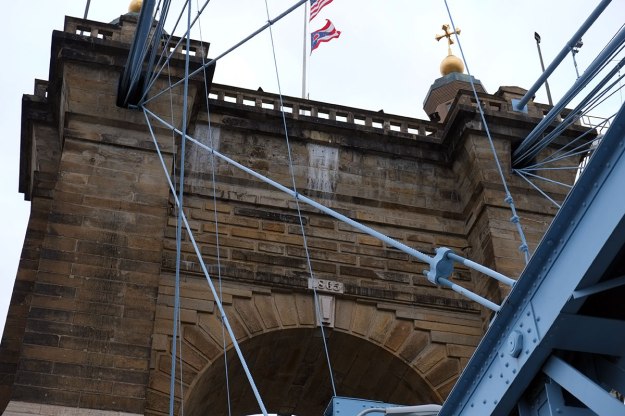 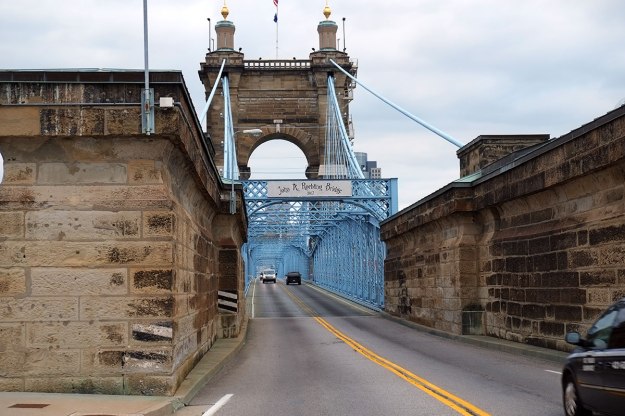 But what I continue to find most engaging in Cincinnati are the neighborhoods.  After the flatness and griddedness of the plains, being in a city where the neighborhoods, transportation routes and whole order of the city are determined by the topography (hills and water) is really engaging.  There was the Hyde Park district, where a very nice urban space is surrounded by mixed-use buildings, all within walking distance of Brian and Olga’s. 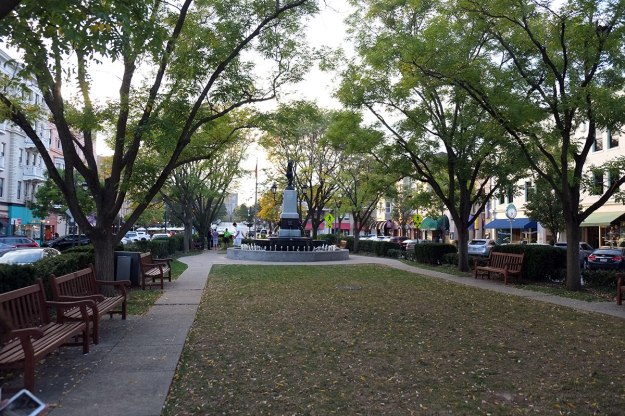 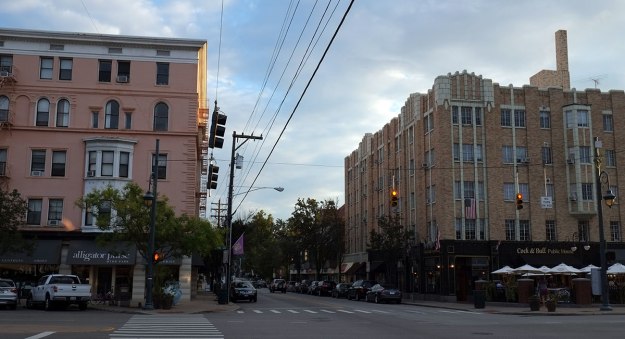 There was Mariemont, a John Nolen-designed planned railroad suburb from the 1920s, where some excellent duplexes on cul-de-sacs with rear alleys were designed by Grosvenor Atterbury (of Forest Hills fame). 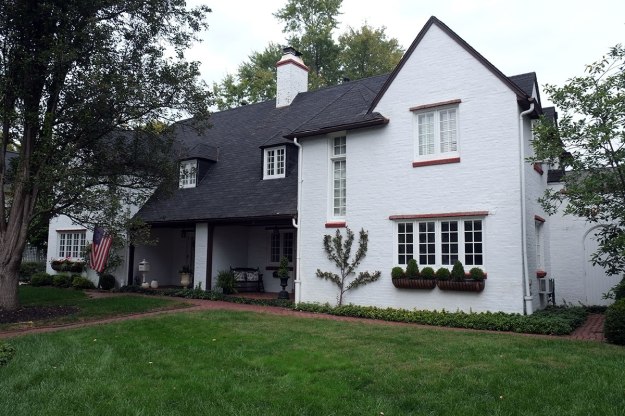 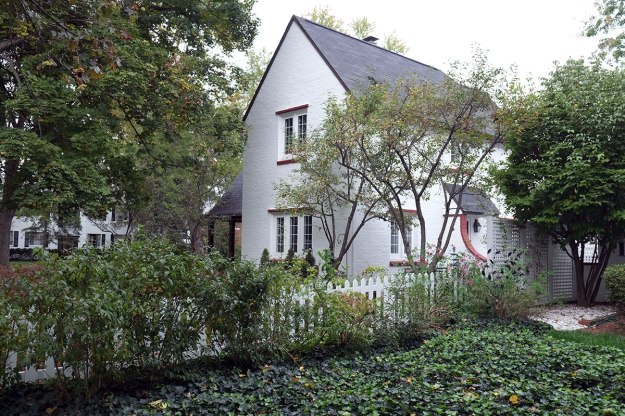 There was the area near the university (where the architecture was superior to the chili): 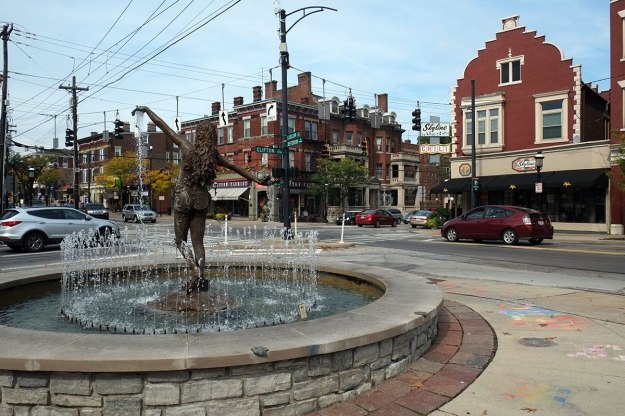 And finally, the Mt. Adams neighborhood, atop a tall hill right next to downtown, which is apparently now a major location of gentrification and yuppie-bar-hopping: 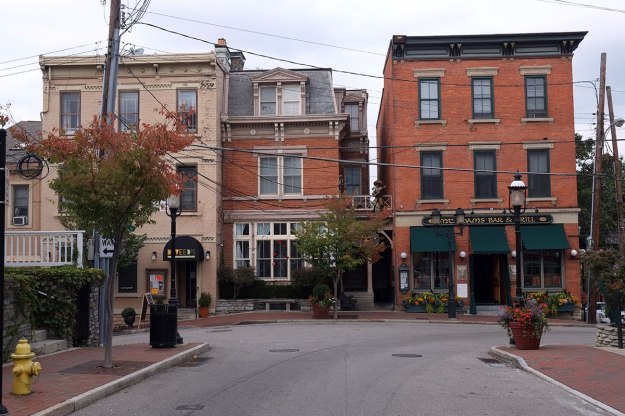 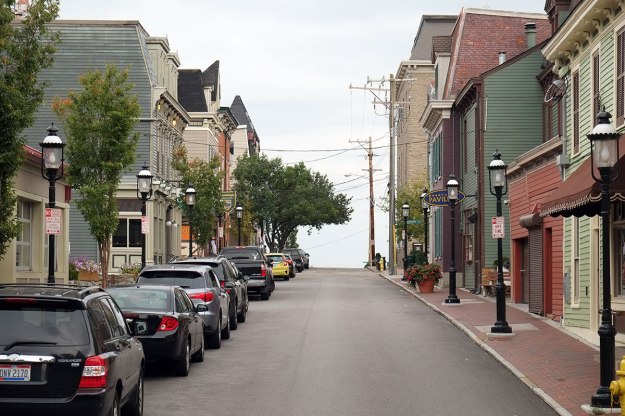 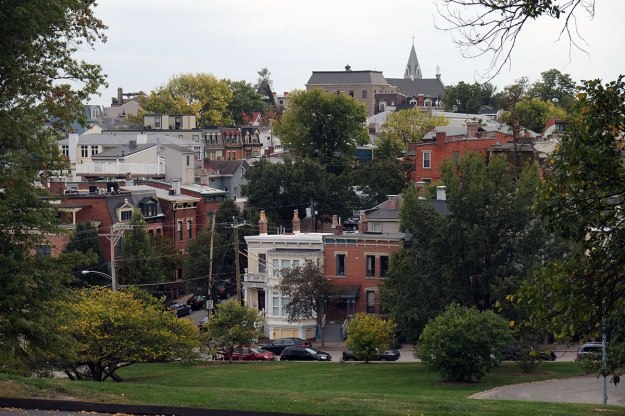 A very livable city overall, which we could have spent a lot more time exploring.