Apalachicola has more going for it than its cool name.  Like Fernandina Beach, it’s a place where a succession of industries has sustained the local economy, and each has left its mark on the form of the town.  And in a strange way, events that transpired in Apalachicola may be responsible for the manner in which our country (and much of the rest of the world) has developed in the postwar era, and possibly responsible for our current national political alignment.

Apalachicola was first an important cotton port.  But similar to the fate of New Orleans, with the opening of the Erie Canal and the advent of the railroad, that industry declined.  You can see its influence in the width of the downtown streets, which were to accommodate the movement of cotton bales.

We are suckers for local museums, and Apalachicola has a good one.  We were particularly struck by this pre-digital interactive display, which shows the life of the port in this era.

To get to Apalachicola, we drove through Tate’s Hell State Forest, the most appropriately named place we’ve ever been, the apotheosis of the relentlessly boring southern coastal plain pine forest.

But it did bring the home the extent of the second of Apalachicola’s industries – as a port for shipping out the long leaf pine harvested upriver.  After the forests were logged off, economic activity shifted towards fishing, and especially oystering.  This industry, along with tourism, sustains the city today.  The oyster haul is impressive: 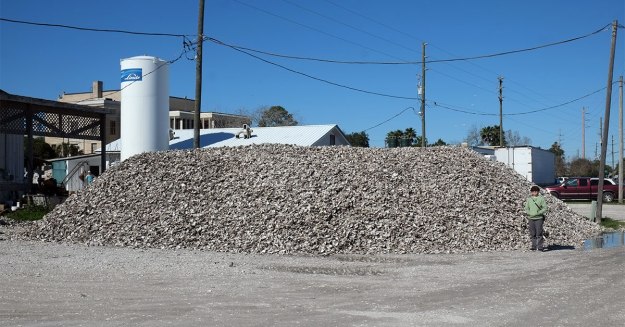 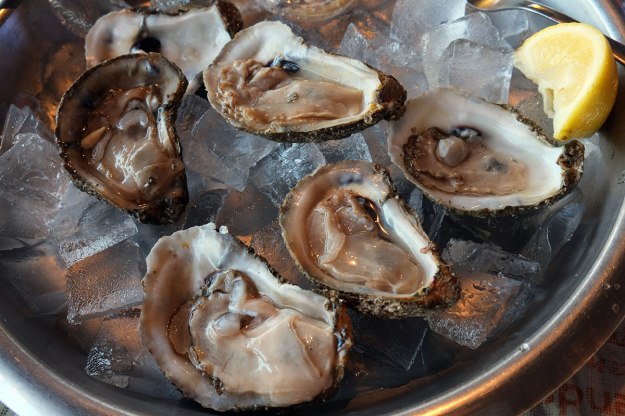 For me, one of the big attractions is seeing a town where the waterfront is still active, not just a show-piece for tourists.  Any place where there’s a boat at the end of the main street is a good thing.

And there are lots of funky, functional buildings along the waterfront, not all turned into boutiques yet.

As well as a few interesting hybrid business ventures. 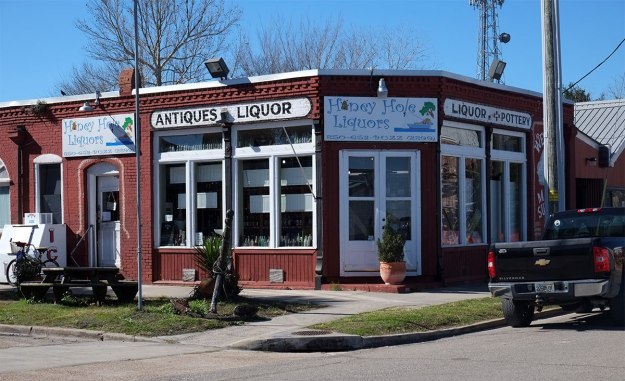 The residential districts are all 19th century wood frame, of varying styles, and again, the funky mixes with the hyper-restored. 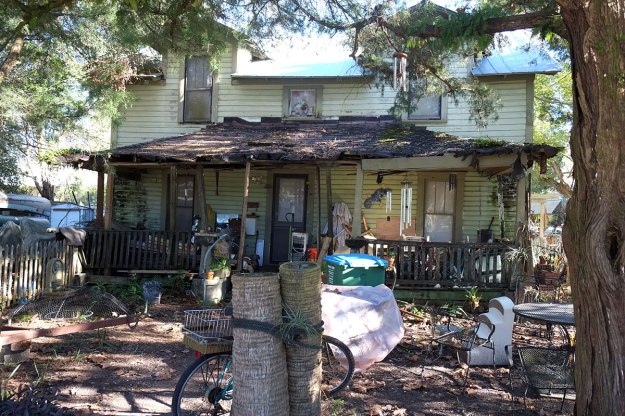 The crowning glory of Apalachicola (for us), is the aforementioned local museum, the Gorrie Museum.  Who is this Gorrie, you may ask?

In the 19th century, Yellow Fever was a huge problem here, as it was in many other tropical locations.  John Gorrie, a local doctor, believed that if he could get his patients through the peak of the fever, they could be saved.  He devised a way to keep them cool, by hanging ice above the bed in a patient’s room and drawing air across it. 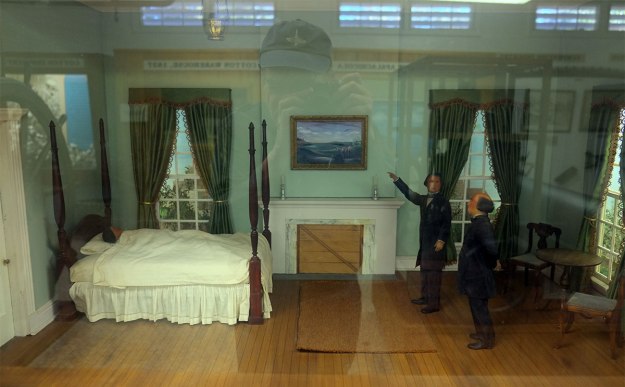 But where to get the ice in Florida?  Gorrie delved into research related to thermodynamics and the refrigeration cycle, and designed and built the first effective mechanical cooler.  He made ice to cool his patients, and on one notable occasion, cooled the champagne that was served by the French consul at his Bastille Day party.

A model of his machine.  The original is in storage at the Smithsonian, and if this museum can upgrade its climate-control system (ironic, isn’t it?) to the Smithsonian’s standards, the original may return here.

His headstone notes his accomplishment:

Another monument, erected by the Southern Ice Exchange in 1899.  I’ve never before seen a memorial with a patent number on it.

The most amusing aspect of his story for me is that he wanted cool his patients, so he invented a machine to make ice to cool them.  Of course, he had just built an air conditioner, so the ice production was an unnecessary intermediate step.

But the most profound aspect of his invention is the effect it has had upon modern civilization.  There are obviously many positive aspects of refrigeration and air conditioning.  But without air conditioning, we wouldn’t have the development pattern of sprawl that we have today – people wouldn’t be willing to sit for hours in traffic.  We wouldn’t build low-mass wooden boxes for housing in hot climates.  There wouldn’t be massive office towers with giant floor plates, nor big box retailers.  Phoenix would still have about 20,000 residents.  In fact, the whole American south would be as sparsely populated as it was 100 years ago.  There would be no New South;  there would never have been the shift of economic and political power to the Sunbelt.  Power in this county would have remained in those areas which can actually be inhabited in the summer.  So while Dr. Gorrie may have alleviated his patients’ suffering and made our lives more pleasant, he must also be seen as fundamentally responsible for the rise of Ted Cruz and his ilk.  I’m not sure it was worth the trade-off.

Entropy:  “The gradual decline into disorder” 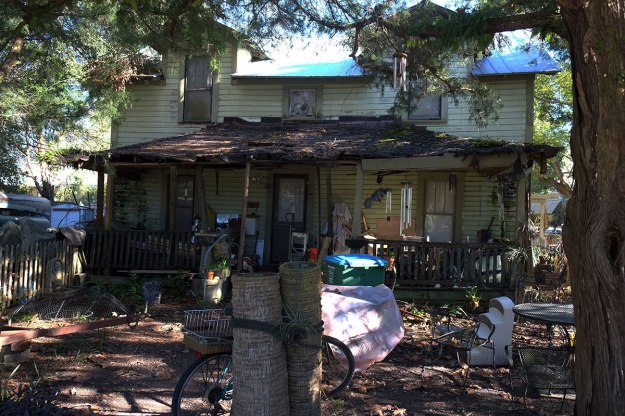 Gentropy:  The reversal of entropy through the application of money and good taste. 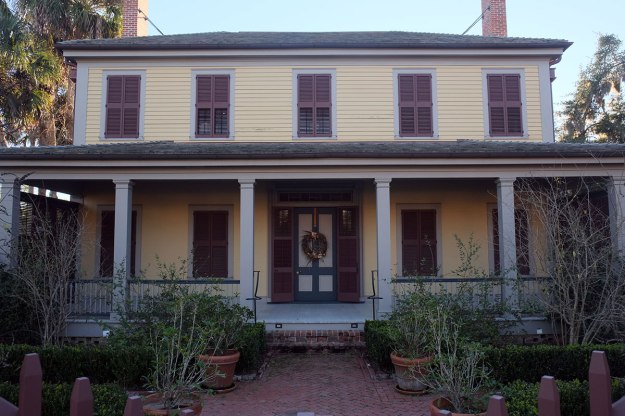